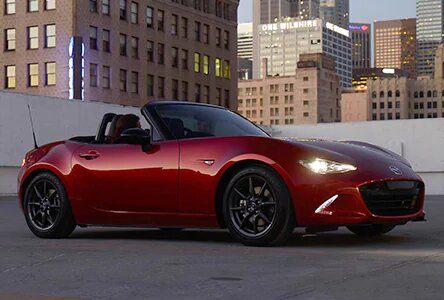 The all-new Mazda MX-5 turns heads everywhere with it's fearless beauty and symmetrical design. Redesigned to be 20% lighter that its predecessor without compromising its rigidity or handling. The MX-5 is more responsive and intuitive giving you an unbelievable driving experience. 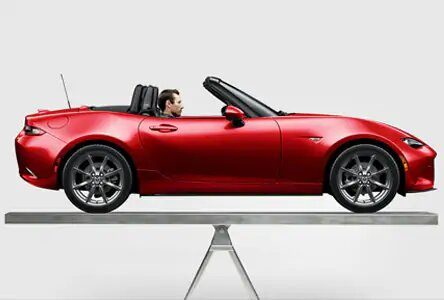 The Mazda MX-5 was crafted for perfection and attention yielding a nearly perfect 50/50 front-to-rear weight distribution. Redesigned 20% lighter than it's predecessor allowing you to connect with the road like never before.

After 26 years, 4 Generations, and 1 million proud owners world wide the MX-5 has proven itself as the best-selling roadster of all time.

Mazda debuted the MX-5 in 1989, quickly captivating car enthusiasts with its sleek, compact design and signature rounded tail lights. Since then, fans and collectors have assembled clubs across the world to celebrate this timeless vehicle. Four generations and one million dedicated owners later, the MX-5 is the proud winner of many awards, including the 2016 World Car and World Car Design Awards.

The MX-5's lightweight build and aerodynamic body have established it as an iconic race car, with more Mazdas and Mazda-powered vehicles raced on any given weekend than any other car. The SCCA Mazda MX-5 World Cup has ran for over a decade, featuring many notable up-and-coming racers, reminding car enthusiasts that the MX-5 is just as exhilarating on the road as it is on the race track.